Host, Dancing with the Stars

Tom Bergeron is the Emmy-winning host of ABC’s longtime hit Dancing with Stars and the author of I’m Hosting as Fast as I Can!: Zen and the Art of Staying Sane in Hollywood.

Recently named “One of the Most Influential People in Brooklyn Culture.” Grady is the founder of Factory 25, an independent film distribution company with recent titles including Uncle Kent 2, Stinking Heaven, and Christmas, Again.

Director of Theatrical Sales, A24 Films

Sean McDonnell is the Director of Theatrical Sales for A24, the Independent entertainment company responsible for such recent hit films such as Ex Machina, Room, The Lobster and The Witch.

Aside from writing and editing stories and film reviews for the Entertainment department at the Huffington Post, Leigh hosts Facebook Live streams, moderates AOL Build interviews and appears on news programs such as Entertainment Tonight and The Today Show. She has covered events such as the Sundance Film Festival, Tribeca Film Festival, MTV Music Video Awards and Primetime Emmy Awards.

Nick Camacho is the Director of Marketing at Oscilloscope Laboratories. Nick oversees the releases of all feature films, creating unique marketing materials and branded ad campaigns for each film. Nick also runs all of Oscilloscope’s social media accounts, which you should definitely subscribe to for a good film themed laugh everyday. Nick previously has worked in marketing and publicity at Brigade Media and IFC Films. Katie is a New Hampshire native and the “Scene in Manchester” columnist for the New Hampshire Union Leader. She lives in the Queen City with her husband Bill Cote and their three boys, and looks for to a time when the bulk of her movie watching is no longer relegated to Disney and other animated films. 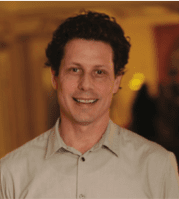 Michele Meek pioneered the development of NewEnglandFilm.com, the online magazine and resource for filmmakers, and led the transition of the 30-year-old film magazine the Independent to the nonprofit Independent Media Publications where she remains a board member. She is co-editor of The Independent’s Guide to Film Distribution, has written on film in publications including MovieMaker Magazine and Indiewire, and has taught at Boston College, Emerson College, Massachusetts College of Arts and University of Rhode Island.