Cranmore's weekly Mountain Meisters Race League is the longest and largest running community ski race league in the United States, recently wrapping up the 51st season of racing. THE MOUNTAIN MEISTERS is a short film project that encompasses the rich history of the program... from the beginning to the present day. 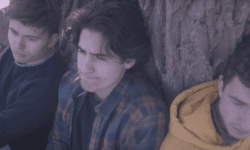 Everything Wrong and Nowhere to Go More Than I Want to Remember