In the 1990s Pez dispensers were worth more, gram for gram, than cocaine or even gold. Steve Glew, from rural Michigan, spent 10 years smuggling Pez dispensers into the USA from Eastern Europe, making millions of dollars. It was all magical until... it wasn’t. His arch-nemesis, the Pezident, decided to destroy him. 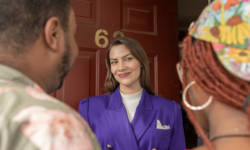 Kevin and His Sword, the untold story of the last hero D as in Do Not